Rosa Productions is based in Oxford with associate producers around the UK. We are a team of creative broadcast, media and arts producers, directors and consultants led by Rosemary Richards. We have extensive experience of broadcast media, festivals, arts & outdoor events, and community engagement. Production clients include the BBC, Guys and St Thomas' Charity, Greenham Trust, Leeds Castle Kent, Corpus Christi College Oxford, South Kesteven District Council, the Story Museum, and many others.

Current and historic projects are featured on our event and media pages.

The directors and associate producers have collaborated on numerous productions and cultural events, notably the Gravity Fields Festival 2018, 2016, 2014 and 2012, BBC commissions for Green Fields Beyond and the award-winning Lip Dub Lincoln and the community participation for the BBC feature film Britain in a Day.

For arts and heritage projects we often work in collaboration with our partner not-for-profit organisation Fete Day www.feteday.co.uk. 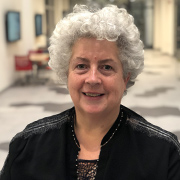 Rosemary is a Director of Rosa Productions – a creative and media producer, festival director and cultural consultant. She has run large scale arts, media and heritage projects across the UK including celebratory and commemorative events. Current projects include production of educational video for Wiley Publishing,  creative producer for Greenham: War and Peace (2017), BBC Lincoln 16 Green Fields Beyond (2016) and Festival Curator for Gravity Fields Festival 2016. She is also a film-maker with awards for TV documentary and programme making. 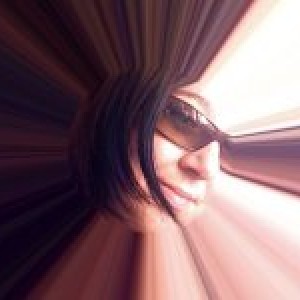 Ameneh is a Director of Rosa Productions – a producer of media, events, heritage projects and engagement projects. She has worked as a TV and communities project producer for the BBC and for many other production and community organisations. Ameneh  has worked with Rosemary for many years on event and media production around the UK, often involving large scale community engagement, and leads on collaborative projects with our partner not-for-profit organisation Fete Day. 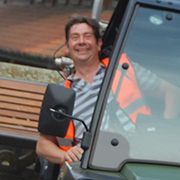 Jeremy is an artistic director and a long term collaborator with the Rosa Productions team and is also Artistic Director of Greenwich and Lewisham Young People's Theatre.  For Rosa Productions Jeremy specialises in directing shows and outdoor arts events, and directing community and education engagement. He is also co-producer of the Greenwich Children's Festival. Jeremy has worked with Rosa Productions on all four Gravity Fields Festivals and our BBC event collaborations.  His collaboration with the team began with Oxford's millennium festival and he continues to specialise in directing and producing outdoor events and working with large scale community engagement. 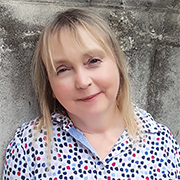 Emma is our Head of Development - Emma worked for 23 years in BBC TV and her BBC career spanned a variety of editorial and production roles.  She worked on the development of Trust Me I’m a Doctor, Trust Me I’m a Vet,  Brian Cox’s Forces of Nature and science ideas for the One Show. As a former doctor, she brings specialised knowledge to the development of science and medical ideas. Emma has also series produced primetime television documentary series and worked as Head of Development in BBC Arts. Earlier in her career she produced and directed science documentaries, winning awards and an Emmy Nomination. 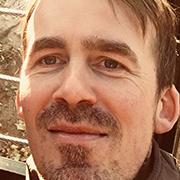 John Offord is a freelance content producer who has extensive experience in TV production, event management and radio production. John worked as a producer for BBC Learning at Media City before joining Rosa Productions on a freelance basis. John also runs an apprentice training scheme for the BBC in Salford, and is currently working with BBC London and the GLA on reporting and community engagement relating to the Windrush generation. 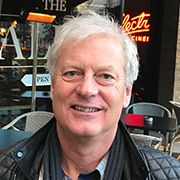 Tim is a Television Director who began his career at the BBC directing national news programmes. He was then appointed Head Of Programme Directors at ITV News. Following a time working for international  corporate clients, Tim joined Sky TV as a Director. Working with Rosa Productions & Fete Day he is keen on developing new media broadcast applications.

Tish is a senior cultural producer and manager and has an extensive background in national and international theatre, and in street and community festivals theatre production, international theatre collaborations and outdoor events. Previously Tish was Director of the Oxford Playhouse and Chair / Executive Director for the Oxfordshire festival company Produced With OOMF! and is currently a Co-Director of the Story Museum Oxford. 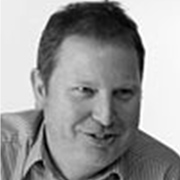 Media Consultant - Until 2016 Craig was Head of Programmes for BBC English Regions and now works freelance as a media, impact and content producer with Rosa Productions and for the BBC.
As Head of Programmes for BBC English Regions, Craig supervised both TV and radio content and launched current affairs TV series Inside Out. Craig also worked across major TV strands and campaigns and for ER took a lead on other key projects including A History Of The World and Made In England (Arts Council England partnership). 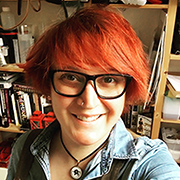 Laura is an Assistant Producer at Rosa Productions – a Photographer specialising in Traditional and Alternative Processes. After graduating from De Montfort University, she completed an Artist in Residency position and then worked as a Supervisor at The Mill Arts Centre. Current projects and exhibitions include Through the lens Oxfordshire and the First World War (2016), Belongings-Bells, Hankies, Stick (2015) and Back to the Land (2011). Laura has also run professional workshops on different alternative photography processes and techniques for the Ashmolean Museum and Fete Day.